Local Author with Autism speaks out against bullying! 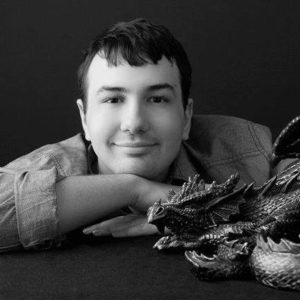 Hayden Selfe, author of the Dragon Paladin book series, will be making a guest appearance at the Roleystone Markets on Sunday March 24th.

Hayden is a young man with an Autism Spectrum Disorder who is an example of how determination and perseverance can help people with disabilities to overcome bullying and discrimination.

Hayden’s story is one that many young people can relate to.  Diagnosed with Aspergers Syndrome at a young age, he suffered severe bullying at school which resulted in an anxiety disorder, clinical depression and contemplation of suicide as an adolescent.

However, Hayden developed a passion for writing and this, coupled with his natural talent, gave him a chance to believe in himself and improve his self-worth. He wrote his first novel at age 16, and now has 2 published novels in his Dragon Paladin Series, with the 3rd to be published shortly.  Not only has he written the novels, but he has also developed the detailed Dragon Paladin Universe, complete with different lands, races, cultures and cosmology, which can be explored on his web page.

Hayden now has a large following of readers who are drawn to his enigmatic characters and the exciting story lines of his Fantasy-Adventure novels.

Whilst writing is Hayden’s passion, he is the first to admit that it doesn’t pay the bills and he understands the difficulties facing job seekers, especially those with disabilities, as he is struggling to find full time employment himself even though he has qualifications in both retail and hospitality.  He has been lucky enough to find casual part time work with a small local Hills business, All Aboard Seafoods, where the owner, Rino, has taken him under his wing and has become Hayden’s mentor.

When Hayden is not working with Rino, he volunteers at the local Kalamunda Senior High School canteen and in the Kalamunda Secondary Education Support Centre.  He has also volunteers at the Curtin University Autism Academy for Software Evaluation (AASQA) where he shares his personal journey with student mentors in the program to assist their understanding of working with students with Autism Spectrum Disorders.

He is a staunch advocate for people with Autism Spectrum Disorders and wants to share his story to help other young people who are living through similar experiences to his own.  His message is simple. Believe in yourself, always be kind to others and never let other people put limits on you, for everyone is capable of great things in their own way.

Hayden’s books can be purchased at Amazon.com.au or through his web page www.dragonpaladin.info.  He also has a Facebook page at https://www.facebook.com/Drago.Paladin.