How the yanks made a hash of our humble potato scallop

In some states it’s known as a ‘potato scallop’, in others it’s a ‘potato cake’, and for years the debate has been bantered back and forward between protagonists. “It might be a ‘scallop’ of potato but let’s not confuse it with a serve of scallops! That’s a totally different kettle of, well fish.” “How can you call it a ‘cake’ when you don’t bake it, you deep fry it?” 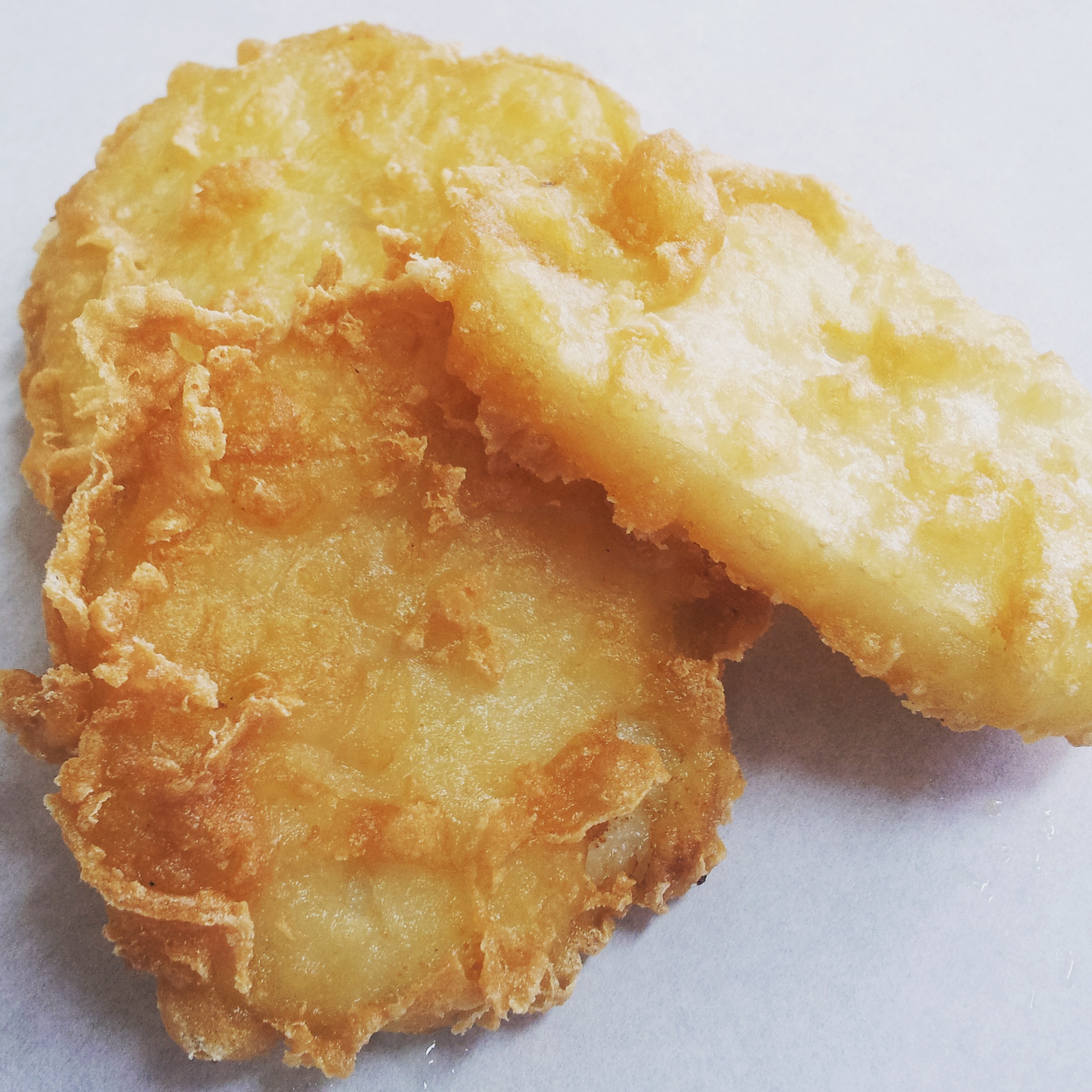 Whatever you call it, this humble little potato product has been an Australian fast food favourite and taste-tempting staple for longer than we care to remember. So it was a moment of shock and horror when Capt’n Snappy saw an online article about what the Yanks are doing to our perfect potato scallop or should we say, ‘The Original Australian Battered Potatoes’ as they have been dubbed by our demented American amigos!

While the name itself is a worry, what they are doing to them is enough to make you choke on your Aussie Weeties (god only knows what they might do if they got their hands on our Aussie wheat -based breakfast icon). They are slathering them with ranch dressing. Yes, that’s right. Ranch dressing? Is nothing sacred? But that’s not the end of their sacrilege. They’re adding insult to injury by smothering it with melted cheese and bacon.

Fair suck of the sav Uncle Sam! Yes, we’ve been known to add salt to ours(great flavour enhancer that goes with everything – even ice cream) , vinegar and OK, tomato sauce, but never ketchup.

The Yanks apparently sell them like that at their State Fairs, which we think is a totally un-fair way to treat our little tatty morsel. And they apparently can’t get enough of them. They’re disappearing from the fair booths faster than an Eagles supporter walking through Fremantle! Guess there is no accounting for taste. 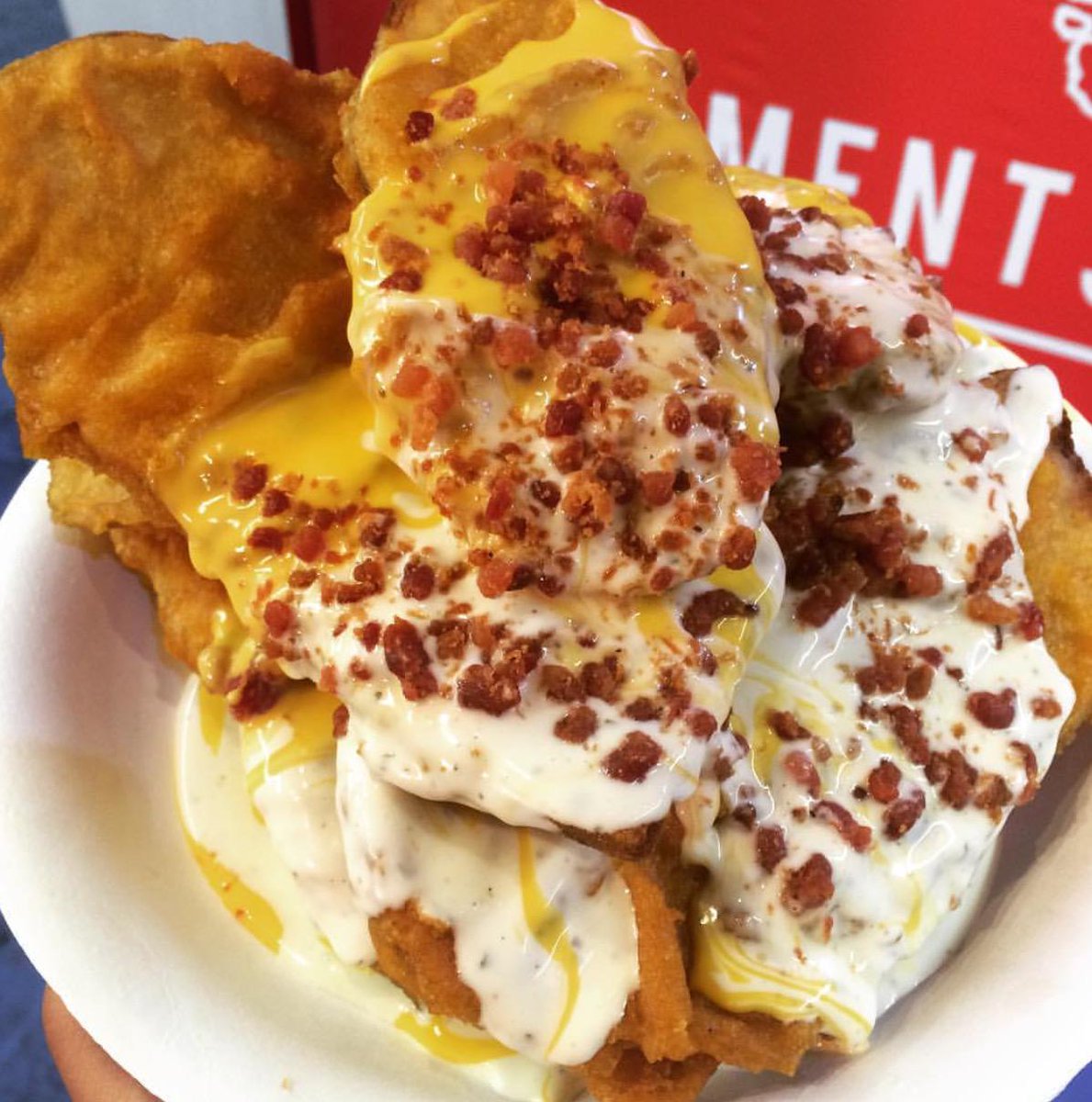 We know the big production number Yanks make about their hot dogs and that’s OK, because they invented them, along with baseball, that game that’s sort of like cricket without the ‘dah-dat-da-dah’ organ music and ‘Take me out to the ball game’ singing, but why did they have to focus their dastardly dietary habits on one of our all-time favourite snacks? 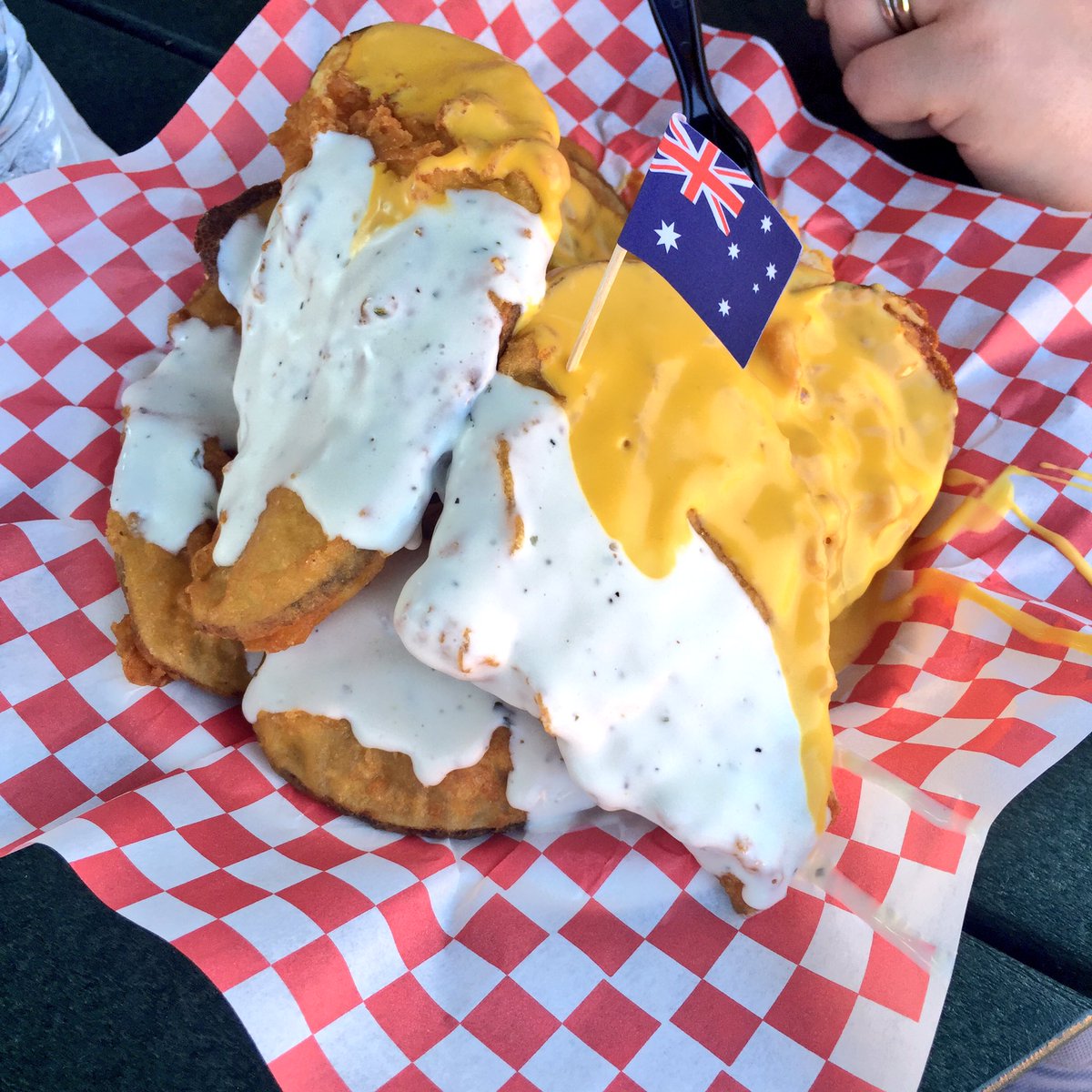 Couldn’t they have just left it as it is? They’ve insulted our fish n chips, saying that they reduce the effects of the flu vaccine. Haven’t they done enough damage? C’mon America, we don’t try and mess with your Ribs or interfere with your Mum’s homemade apple pie, so please, take a step back, move away from the potato scallops, or cakes, and turn your talents  to stuffing up all things  Italian, or better still, focus on those fullas across the ditch,  we hear they do some strange things involving lamb!